Many people new to the concept of subliminal messages normally have a lot of questions and are rather skeptical about if they actually work or not. 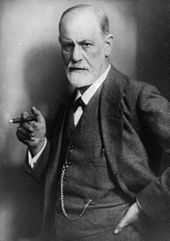 Once the therapy was completed the researchers found that 4 weeks later that 67% of the experimental group (the group exposed to subliminal messages) hadn’t gone back to smoking while the control group (the non-subliminal message group) had only 12% of its subjects who had not started smoking again.

Study: Palmatier, J.R., and Bornstein, P.H. “Effects of Subliminal Stimulation of Symbiotic Merging Fantasies on Behavioral Treatment of Smokers.” The Journal of Nervous and Mental Disease (1980) 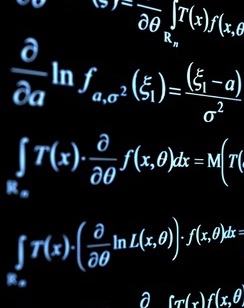 At the end of the six-week period a maths test was done and the groups who were exposed to the “Mommy and I are one” message achieved significantly higher scores than the other groups.

Psychologists have said that the reason they believe the group exposed to the “Mommy and I are one” message got higher scores is because the message would have had boosted their self esteem, which in turnhad a positive effect on helping them to learn. 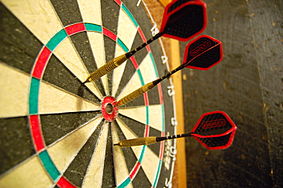 It was shown that when exposed to the message “Beating Dad is ok” dart-throwing accuracy was at its highest.

This study shows that subliminal messages can have an impact on athletic performance even when such a simple positive messaged is played.

Study: Plumbo, R. and Gillman, I. “Effects of Subliminal Activation of Oedipal Fantasies on Competitive Performance.” The Journal of Nervous and Mental Disease (1984) 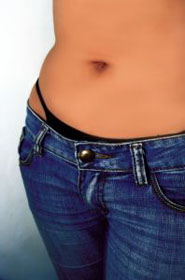 Two experiments were conducted, one on a group of 26 women and the other on a group of 30 women. All women in the group were at least 15% overweight. In each experiment the women were put in either a subliminal group or a control group. Both the subliminal group and control group were taught basic weight loss and healthy eating methods, such as calorie counting, meal timing and how to properly reward themselves for their healthy eating.

The results found that in both of the experiments the subliminal group lost far more weight than the control group. It was concluded then that the use of subliminal messages has the ability to help people treat there over eating habits and thus aid in weight loss.

It’s appropriate to mention another study conducted by Dr. Becker and his colleagues that also helps to show the massive impact that subliminal messages have on weight loss. 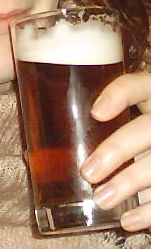 The study found that the experimental group, which is the group that received the subliminal message, were more involved in the treatment, had enhanced self-concept, lowered anxiety and depression and their consumption of alcohol was reduced after a 3-month follow-up.

Study: Schurtman, R., Palmatier, J.R. and Martin, E.S. “The Activation of Symbiotic Gratification Fantasies as an Aid in the Treatment of Alcoholics.” The International Journal of the Addictions 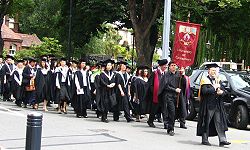 Sixty college students enrolled in a six-week undergraduate summer law course were exposed to subliminal messages before three out of the five lectures each week and before and after a ten minute counseling session with the person conducting the experiment. The sixty students were split into three groups of 20; the first two groups both received a positive subliminal message while the third group received a neutral message. 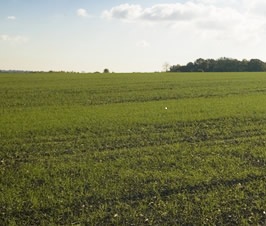 Thirty-two people suffering from Agoraphobia were split into four groups. Three of those groups were shown scenes of outdoor situations designed to trigger their phobia, the fourth group, the control group was shown a scene of a potter working on his wheel. With the three test groups, one group was shown the scenes at a level below the visual threshold, one was shown it under normal conditions and the final group was exposed to it subliminally and normally.

Out of the three groups it was shown that the group that was shown it both subliminally and normally showed the biggest improvement and this improvement was maintained even after a 12 week follow up.

The study shows then that using both subliminal and normal exposure to a message can help to reduce agoraphobia but the best results come when you combine the two.

Study: Lee, I., Tyrer, P. and Horn, S., “A comparison of Subliminal, Supraliminal and Faded Phobic Cine-Films in the Treatment of Agoraphobia.” British Journal of Psychiatry (1983)

The Mind Does Actually Hear Subliminal Messages Embedded In Audio 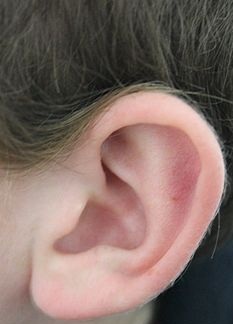 The researchers examined these drawings and they found that the drawings of the group that was exposed to the subliminal messages contained images related to the embedded messages they were being exposed to. It was concluded then that the subconscious part of the human mind is able to pick up on a recorded message that cannot be heard by the conscious mind, thus, we do have a subliminal perception.

Study: Kaser, V.A. “The Effects of an Auditory Subliminal Perception Message Upon the Production of Images and Dreams”. Journal of Nervous and Mental Disease (1986).

Another interesting study related to the ability of the mind being able to hear subliminal messages is one conducted by Dr. Becker. In this study both the experimental and control group were asked to guess a three-digit number. The experimental group was exposed to the number subliminally through a pink noise audiotape.

This study was repeated three different times and it was found that on average 77% of the people exposed to the number through subliminal audio were able to correctly guess it, the control group however only had 10% able to guess it.

The More Subliminal the Message the Greater the Reaction

Bornstein et al conducted an experiment where subjects were exposed to verbal statements embedded in white noise with the volume levels being increased at different levels. With each increase, frontal EMG, heart rate and skin conductance were measured.

The study showed that the physiological reactions of the subjects were highest when the messages were least audible, in other words more subliminal.

The Power of Subliminal Messages to Enter the Subconscious Mind 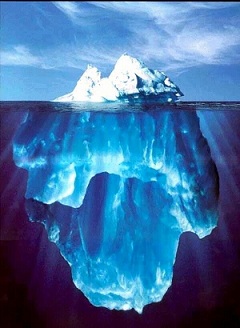 A study was done where people were either exposed to a message while being consciously aware or exposed to it in a subliminal fashion.

The results of the study showed that the response rate of those that were exposed to the message in a subliminal message was higher than those exposed to it in a conscious manner.

This study goes to show that despite people not being aware of the stimuli, our subconscious mind still has the ability to pick up on it and the awareness of it is much higher than it is consciously. 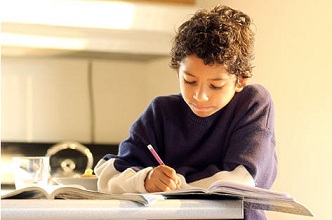 A class of university students were split into groups and before each lecture were exposed to either a subliminal message or control message for a total period of 12 sessions with each message being 4 milliseconds.

At the end of the study a final test was conducted and it was found that the groups who received the subliminal messages ended up achieving much higher test scores than their peers who were exposed to the control message. 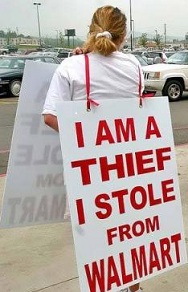 There has been a number of reports of stores using subliminal messages in order to reduce shoplifting, such reports include:

In 1979 TIME Magazine wrote about a chain of department stores in the U.S. and Canada using subliminal messages played through their music systems to successfully reduce shoplifting by customers and also theft by employees.

Wall Street Journal reported in 1980 that a supermarket in New Orleans had used subliminal messages to reduce shoplifting to an all time low in just six months. This resulted in the cost of shoplifting going from $50,000 every six months to $13,000.

The Subliminal Exposure to Extreme Words Decreases Their Extremity 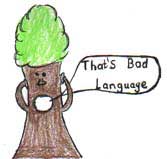 Four experiments were conducted: In the first one the participants were exposed in a subliminal manger to extremely positive and extremely negative words. After this they were asked to rate the extremity of certain words and the participants ended up rating the words they were exposed to as less extreme than extreme words they had not been exposed to.

A second experiment was conducted using a different evaluation measure and in that experiment and also with experiment three and four, the same findings were reached as in the first experiment. 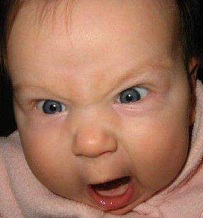 The subjects were shown the word “Happy” on a screen very quickly and it was followed by a drawing of an expressionless face, the same thing was also done with the word “Angry”.

Subliminal Exposure to Images Increases a Persons Attitude Towards It 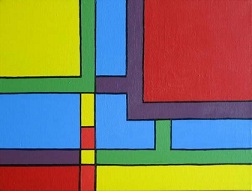 Lastly a third experiment was conducted where subliminal exposure to photographs of people showed thatthe attitude towards that individual in person was enhanced.

Enhances the Effectiveness of Therapeutic Procedures 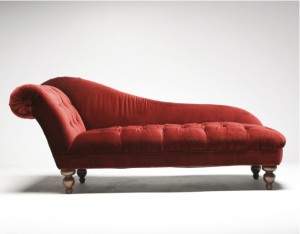 Thirty-six female college students were split into three groups of twelve. Each group contained 6 experimental subject and six control subjects and all subjects participated in three group-counseling sessions. Before each session took place the subjects in the experimental group were exposed to the subliminal message “Mommy and I are one” and the controls were exposed to the neutral subliminal message “People are walking”. The groups were all given different levels of counselor self-disclosures. The first group received 8, the second 4 and the third received none.

Once the study was completed it was shown that the subjects exposed to the positive subliminal message had more self-disclosures than those who received the neutral message, the study thus showing that the use of subliminal messages can enhance the effectiveness of therapeutic procedures.

So there you have it, there is a lot of credible research into subliminal messaging and it’s influence upon the human mind  it isn’t only James Vicary’s questionable research. We are committed to keeping this page up to date and will add new studies as they are released.

Sorry, the comment form is closed at this time.